There are no events scheduled at this time. Please check back.

Currently postponed – check back for a new date. 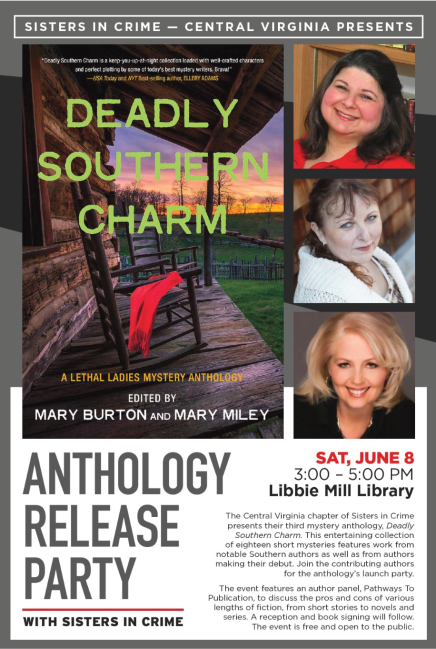 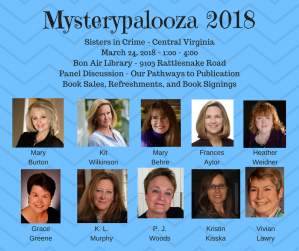 Published April 2017: THE CENTER: From Generation to Generation (The 70-Year History of the Carole and Marcus Weinstein Richmond Jewish Community Center

January 2017 A GUILTY MIND is an Amazon Kindle Monthly Deal

November 2016 STAY OF EXECUTION is an Amazon Kindle Monthly Deal

Fall 2015: The Detective Cancini Mystery Series is picked up by Witness Impulse, an imprint of HarperCollins.

Since the original publication of A GUILTY MIND, Kellie has made several book club appearances across Virginia.

March 2015: STAY OF EXECUTION is published and available on Amazon and other popular book sites.

October 2012: Official book launch and signing for A GUILTY MIND

September 2012: A GUILTY MIND is published and available on Amazon and other popular book sites.

K.L. Murphy is represented by Rebecca Scherer of the Jane Rotrosen Agency